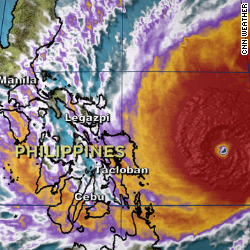 The Philippines prepares as Typoon Ruby is in striking distance.

With another powerful, but erratic typhoon expected to unleash its fury in practically the same areas where Super Typhoon Yolanda (international name: Haiyan) made landfalls in Central Visayas in the Philippines last year, the warnings, advises, preparations and other government directives relative to safety and prevention of casualties have been observed to be no longer wanting.

The devastating and deadly events in the aftermath of the most powerful storm ever recorded on land that killed or left missing more than 7,350 people in November last year has not only taught us all a lesson, but it has also raised the bar of awareness and preparedness for Filipinos who go through an average of 20 major storms a year, many of them deadly.